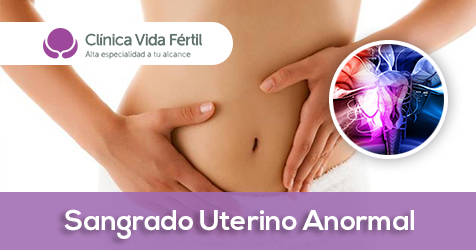 Normal Ovarian Function
In women of reproductive age, the ovary secretes estrogen and progesterone in the bloodstream. These two hormones prepare the endometrium (the lining of the uterus) for the implantation of a fertilized egg. The pituitary gland, located at the base of the brain, influences the production of ovarian hormones and ovulation through the secretion of two hormones, the follicle-stimulating hormone (FSH) and the luteinizing hormone (LH). After stimulation by FSH and LH, a follicle containing an immature ovum begins to develop inside the ovary. As the follicle grows, it secretes increasing amounts of estrogen. When a sufficient amount of estrogen is secreted, the pituitary gland releases a large amount of LH, which causes the follicle to release the egg (ovulation). If the ovum is not fertilized or does not implant in the endometrium, the secretion of estrogen and progesterone begins to decrease approximately seven days after ovulation. With decreased levels of estrogen and progesterone, the endometrium breaks off and the menstrual period occurs (approximately 12-16 days after ovulation).

The cyclic release of FSH and LH by the pituitary gland is highly regulated and easily destabilized. When the pituitary gland does not release adequate amounts of FSH and LH, ovulation may not occur and the cycle may be interrupted. In some women who do not ovulate, the endometrium is stimulated by continued exposure to estrogen without sufficient levels of progesterone to allow its complete release. This can eventually cause irregular or heavy bleeding. If exposure to estrogen is continuous, the cells in the endometrium can also become overstimulated and eventually endometrial cancer can develop.

Causes of Normal Uterine Bleeding
Abnormal uterine bleeding (SUA) may be due to structural abnormalities of the uterus. Some of the most common structural causes of abnormal uterine bleeding include benign (non-cancerous) lesions of the uterus, such as polyps, fibroids (myomas), and adenomyosis (uterine thickening caused by the growth of endometrial tissue on the outer walls of the uterus). Other causes include bleeding associated with pregnancy, which includes ectopic pregnancy and spontaneous abortion, as well as bleeding disorders that affect the blood’s ability to clot normally. Injuries to the cervix or vagina (benign and cancerous), chronic endometrial infections (endometritis), scar tissue (adhesions) in the endometrium, and the use of an intrauterine device (IUD) may also be associated with bleeding abnormal uterine Other causes of abnormal bleeding include medications that can affect the normal release of estrogen and progesterone; chronic medical problems such as diabetes mellitus or disorders of the liver, kidneys, thyroid gland or adrenal glands, or other medical problems that can affect the production and metabolism of estrogen and progesterone. Emotional or physical stress, as well as significant changes in body weight, can alter the release of FSH and LH by the pituitary gland and prevent ovulation.