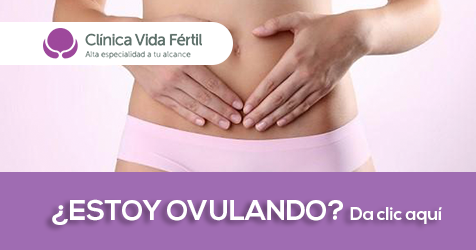 Ovulation is the release of an ovum from the ovaries and it is essential to get pregnant. Ovulation is spontaneously triggered some 36 to 40 hours after the blood levels of a hormone called luteinizing hormone (LH) rise. This is called the peak of the LH.

Once released from the ovary, the egg is picked up by the fallopian tube and moves down where it can meet the sperm to fertilize.

Why is ovulation important?

A problem with ovulation is a frequent cause of infertility. For a couple trying to achieve a pregnancy, knowing when the woman is about to ovulate can be particularly useful in planning when to have sex. If a woman tries to find out why she does not get pregnant, it is helpful to know if she is ovulating. Having regular menstrual cycles between 21 and 35 days of duration accompanied by menstrual pain is a good sign of ovulation. There are several ways to detect ovulation, which include: the basal body temperature (BBT) record, the urine test kits to measure the levels of LH, the blood test to measure the levels of certain hormones, the transvaginal ultrasound and the endometrial biopsy.

What tests are available to detect ovulation?

Blood tests to measure hormone levels Oestradiol (a type of estrogen hormone) is produced by the follicle as it grows and levels increase rapidly just before ovulation. If fertility drugs are used to cause ovulation in a woman, estradiol levels are measured more often to control the growth of the follicle, however, it is not used to tell you when you could ovulate.
An increase in blood LH levels can predict when the follicle (sac where the egg matures) is ripe and ready for ovulation. Because LH is released in pulses or small increases, the LH peak is not always found by a single blood test and this is not the best method to detect ovulation before it actually occurs.
Increased levels of progesterone in the blood one week before the menstrual period usually indicate that ovulation has occurred, but can not predict when it will occur.

Urine test kits to measure luteinizing hormone (LH) levels
These kits for home testing are available in pharmacies and show changes in the level of LH in a woman’s urine. Once the peak of LH is shown in the urine, ovulation usually occurs 12 to 24 hours later (about 14 days before the onset of the woman’s next menstrual period). For women with irregular periods, the urine test should be scheduled according to the earliest and last possible dates in which the woman expects to ovulate. The urine test to detect the LH peak should start at least 2 days before the expected ovulation day and continue until the LH peak or until day 20. There is an 80% chance of detecting ovulation with 5 days test and a 95% chance with 10 days of testing. Once the peak of the LH is recorded, it is no longer necessary to continue the test during that cycle. On some occasions, ovulation may not occur in a cycle despite the LH peak. If ovulation is not detected in 2 or more cycles in a row, there may be a problem with ovulation and you should discuss it with your health care provider.